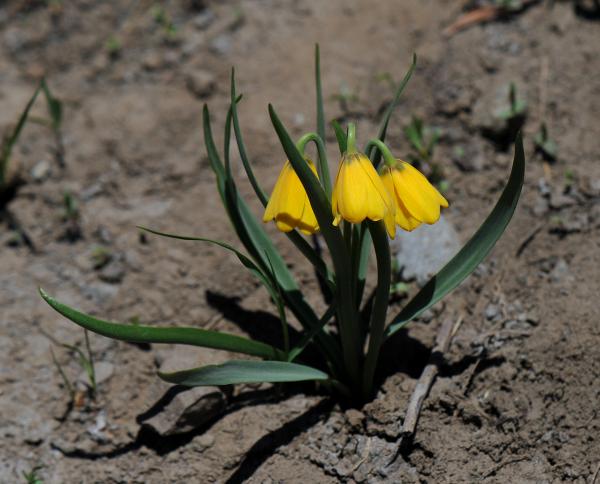 This species requires excellent drainage and full sun to part shade. It is difficult to grow outside of its native range as they need to be "baked" during the dormant season. They are also susceptible to being eaten by rodents, slugs and snails. Some success may be had in the east if growing under alpine house conditions. Very drought-tolerant. It is hardy to zone 4.

Blooming commences in March is the southern part of its natural range, to as late as June in the north.

Sow the seeds in pots the fall, they will germinate in the spring. Leave the bulbs in their pots for several years before moving to the open garden.

Larger colonies of bulbs may be dug and divided but only rarely do colonies grow to a sufficient size to allow this. Ideally it is better to let them stay as a larger colony.