Flowers of Turkey: A Photo Guide 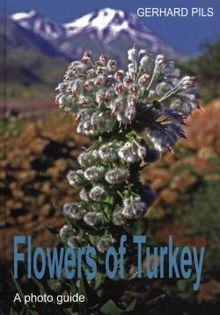 I suspect that my garden contains more plants from Turkey than any other country in the world, with the notable exception of America of course. The climate in much of Turkey (especially the interior) is a close correlative to the climate in Western America. But the Turkish flora is unbelievably rich and diverse. A great number of Turkish plants have come into cultivation over the last few decades thanks to Jim and Jenny Archibald and a host of Czech seed collectors. The bounty never seems to have an end.

There is a monumental, multivolume (and extremely expensive) Flora of Turkey published at Royal Botanic Gardens, Edinburgh. And there are a few handbooks here and there. But this is the first really expansive, really encyclopaedic picture book I have seen thus far on the rich flora of this crucial area of Western Asia.

A great many plants I grow are represented, and many, many more that I do not grow yet. Even though 4153 species are represented, many were never photographed as the author was asked to leave the country as his work was not sanctioned. The salty paragraphs in the introduction make for fascinating reading and realization that botany can still be edgy and controversial politically!

Aside from the useful essays in front, the text consists of very condensed keys to the photographs with altitudes and some geographical and ecological notes that are actually surprisingly useful despite their brevity.

The pictures are small (only a bit more than 2x3"), but of high quality reproduction and many details highlighted that are useful for identification.

Any keen gardener who lives in a cold temperate climate (which is to say most rock gardeners) will find this an extremely useful book to obtain and own. It should be in every good botanical library. Copies can be purchased from Jelitto Seed company (where I got mine in person) or try and contact the author directly at gerhardpils@yahoo.de.

Panayoti Kelaidis has served as President of NARGS Rocky Mountain Chapter and twice on the NARGS Board of Directors. He maintains extensive rock gardens at his Denver home and has collected seed for alpines on five continents.

Buy this book!
The Flowers of Crete 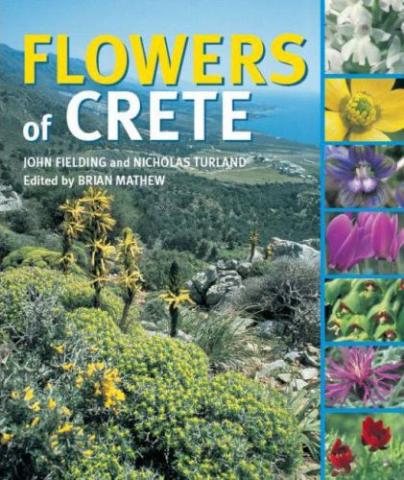 Since my mother was born in Crete 100 years ago this year, and my father came to America from Crete in 1910 as well, it should only be appropriate that I do my part to promote this sumptuous, magnificent folio tome on the flowers of their native island. I cannot think of another book quite like this: the photography is superlative throughout, very useful both for botanical identification and aesthetically delightful. The content throughout is thorough and beautifully written. I have not found a single misprint or error, and Crete and the Cretan flora are quite familiar to me (for fairly obvious reasons).

Of course, the rock gardener will dash through to find Anchusa caespitosa, Origanum dictamnus, Petromarula pinnata, Ebenus cretica and some of the other great endemics. Others will linger over the stunning treatments of the endemic tulips, the many orchids and wealth of bulbs. One thing I can assure you, you will find many, many plants pictured you probably never heard of and will now have on your short list to try and obtain! There is so much useful information in it that you will be tempted to bring this weighty volume along with you next time you visit Crete.

My only complaint is that this fat, folio volume with heavy, glossy paper weighs a great deal: you don’t want to fall asleep reading this in bed or you may get a concussion if it falls on your face.

But for those who love definitive, lavish works on the world’s great regions of rock garden plants, this will be an indispensable (albeit very expensive) tome. I just love it!

Panayoti Kelaidis has served as President of NARGS Rocky Mountain Chapter and twice on the NARGS Board of Directors. He maintains extensive rock gardens at his Denver home and has collected seed for alpines on five continents.