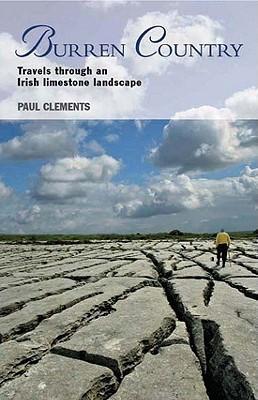 In June of last year I joined a tour of Irish gardens and natural places, of which many abound in the Republic of Ireland. The tour was organized by a woman from my area of upstate New York and was focused on County Clare, where she had lived for five years. The Burren was a must-see on the trip

When I saw that NARGS Tours planned a trip to the Burren, I felt it appropriate to suggest some reading material for the lucky ones who will be taking the tour and also for those who may want to experience this unique area vicariously. As it happens, our group was led on a walk of the Burren by Tony Kirby, one of the two leaders of the 2021 NARGS Tours trip. I can attest he is well-versed in all things Burren He is also the author of The Burren & The Aran Islands: A Walking Guide, however that’s not book that I want to review, but rather Burren Country by Paul Clements.

Mr. Clements is a journalist and travel writer residing in Belfast. Year after year he is drawn the unique landscape of the Burren, which he describes as a “world so different from anywhere else.” I agree. Like much of Ireland it is steeped in ancient history. Much of its past is told in the remains of ring forts, abbeys, and castles, built from stone which abounds everywhere. However, it is the ecological and botanical characteristics of the Burren that sets it apart from the rest of the country.  The writer takes us on a journey to explore the area in minute detail.

To many, the Burren appears desolate and monotonous. To a rock gardener it is laden with possibilities and treasures. Within its clints and grykes (defined in the book’s glossary as horizontal slabs of limestone pavement and deep, open fissures), there are to be found a treasure-trove of plants, bringing together, thanks to the glaciers, a huge botanical biodiversity that encompasses an unlikely mix of  plants from Mediterranean through alpine.

Through Mr. Clements’ observant eye, he describes the beauty of the flora with eloquence and appreciation. There is very little that his eye misses. His well-captured descriptions invite you to join him on his journey and to enjoy, in those quiet moments, unexpected discoveries.

The book is not, per se, a botanical tour, but flowering plants never seem to go unnoticed. He has come to know every inch of this roughly 100 square mile designated area. The book offers a complete portrait of the Burren from profiles of its residents - writers, artists, and craftspeople and every day folk - to where to go for the best selection of Irish whiskey, and even with some effort, where to hike off the beaten path.

I would recommend this book in preparation for visiting the Burren, but also to re-read once you’ve been there. For those who haven’t visited, this book will serve to transport you there. It just may compel you to add this destination to your travel wish list.

For further reading, the book includes an extensive bibliography and suggested websites.

Carol Eichler is a member of the Adirondack Chapter and its current plant sale chair. While growing alpines in troughs for years, she finally built her first rock garden (with lots of help from her husband) five seasons ago and is enjoying it immensely. Rock garden #2 is going in this year. She has gotten the bug for growing many of her garden plants from seed.