The genus Penstemon is the largest plant genus endemic to North America. With some 270 or so species, they occur in every State and most Canadian Provinces. They extend from Alaska south to Guatemala. While distributed over much of North America, their distribution is primarily among the mountains of the west. 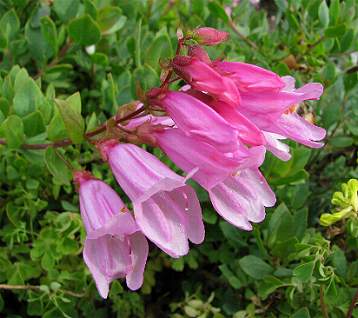 With so many members, it is not surprising that the genus has been broken up into several subgenera, based on similar floral characteristics. One particular subgenus is the Dasanthera group. So what makes this group unique? Well, most species are evergreen and form small shrubs commonly referred to as sub-shrubs, hence are often referred to as the ‘Shrubby Penstemon’. They are also among the longest-lived species in this genus of often short-lived perennials. They are all native to the montane regions of the Pacific northwest where they grow upon granitic or other acidic rock types. The flowers of the wild forms are mostly in shades of purple but nearly a century of hybridization has lead to a greater diversity of colours. The blooms are produced on relatively short, one-sided racemes in late spring-early summer.

Culture is quite simple in this group. Full sun to part-shade, even moisture and acidic soil. They are among the most wet-tolerant Penstemon making them suitable for climates where the other dryland types are challenging. Having said this, they are also reasonably drought-tolerant. However, they are not as hardy as some species. Zone 5-8 is ideal, but they can survive zone 4 if protected by boughs in winter. In fact, even in warmer climates they prefer some winter shading which makes a loose covering by boughs ideal. Avoid excess fertilizing as plants may literally bloom themselves to death!

Propagation may be by seed or cuttings. Seeds require at least 8 weeks of stratification to freely germinate. Cuttings and simple layering are simple as the plants often root as they creep over the soil surface. 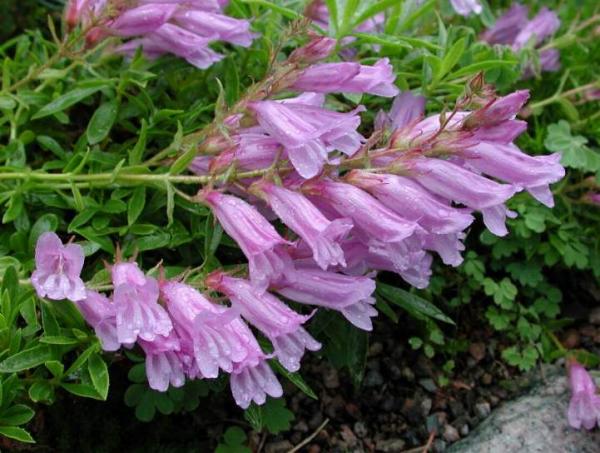 The subgenus contains 9 species, several which are further divided into varieties. Penstemon barrettiae is native to the Columbia River area of Oregon and Washington. Plants reach to 30 cm and produce rose-purple to lilac flowers. The leaves are among the largest of the Dasanthera group (to 9 cm) and quite thick and succulent. This species is also among the most tender, at least in my experience. The cultivar ‘Gina’ has rose-pink flowers.

Penstemon cardwellii is native to the area west of the Cascades, growing at lower elevations and a much wetter climate than many members of this group (maybe that’s why it grows like a weed for me!). Plants may reach 60 cm but are generally under 30. They can form quite wide patches. Their growth habit is similar to P. fruticosus but are easily distinguishable by their dull grey-green leaves and bluntly toothed leaves (P. fruticosus has dark, shiny leaves with pointed serrations). Winter foliage often turns purplish to maroon. The flowers are bright purple to blue-purple but ‘Albus’ has white flowers while ‘Roseus’ are pink. This is probably the easiest species to grow among this group. 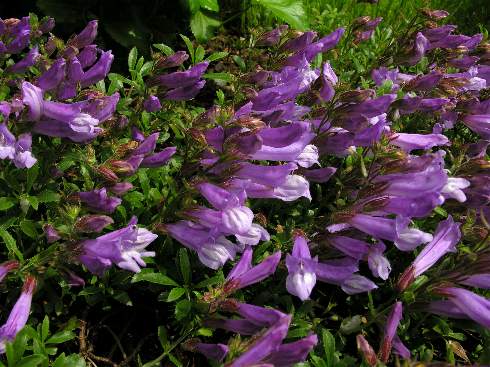 Penstemon davidsonii is a lower, mat-forming species reaching perhaps 10 cm. There are three named natural varieties. P. davidsonii var. davidsonii hails from the central Sierra Nevada north through the Cascades of Oregon and Washington. The leaves are smooth edged and the flowers are reddish-mauve. P. davidsonii var. menziesii is the most popular with a smaller, neater habit, toothed leaves and lavender flowers. It is native from Mt. Rainier north into British Columbia. The last variety is called praeteritus and is the smallest, most lovely but unfortunately least common of the species. It is native to SW Oregon, growing in a drier climate than the other varieties. This may be the reason why the plants are more compact with smaller, thicker foliage. The lavender to violet flowers are nearly twice the size of the other P. davidsonii varieties.

Penstemon ellipticus is native to the high elevations of the Rockies from southern Alberta and British Columbia south to Idaho and Montana. Plants grow to 15 cm with light purple-pink flowers. It appears to be more fussy in cultivation demanding winter shading (in the wild they are often under several metres of snow all winter). 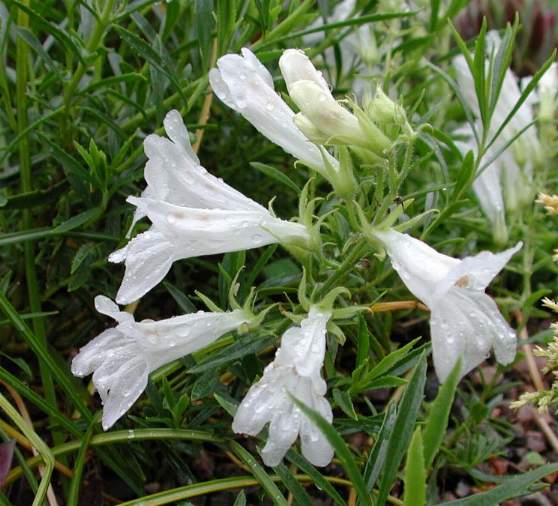 Penstemon fruticosus is perhaps the most popular of the group, perhaps due to its ability to tolerate drought and winter sun with no extra protection. In fact, the winter leaves in sunny regions turn a shiny deep burgundy. This 20-30 cm tall species is native to drier regions east of the Cascades. The variety scouleri (sometimes incorrectly listed as P. scouleri) is native to the Okanagan Valley of British Columbia, NE Washington and northern Idaho. It has quite narrow leaves compared to the straight species. The variety serratus, native to the Snake River Canyon, is the most dwarf with heavily serrated leaves. All have lilac-purple flowers. The cultivar ‘Albus’ has white flowers while ‘Purple Haze’ has rich purple flowers.

Penstemon lyallii is a bit unusual for the group as plants are herbaceous rather than evergreen. Plants produce upright stems to 60 cm from a thick rootstock. The leaves are long and narrow and flowers are lavender-pink. They hail from Idaho. This uncommon species can only be grown from seed. 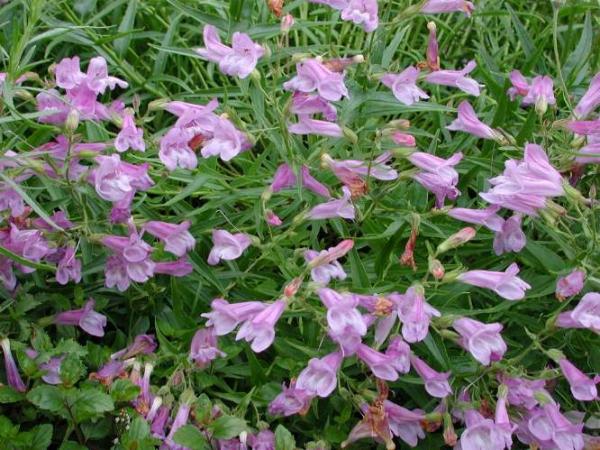 Penstemon montanus, like P. lyallii, is also herbaceous, but a much smaller plant, reaching only 20 cm. In the wilds of Montana and Idaho, they grow on north slopes. In the garden, they seem to be challenging which is why they are uncommon in the trade. The flowers are lavender-purple in the varietymontanus while the variety idahoensis has light blue flowers.

The last two species P. newberryi and P. rupicola, both have reddish-violet flowers making them easy to distinguish from the others in the group. P. newberryi reaches 20-30 cm and is native to the Coast and Cascade Ranges of California and southern Oregon. While among the most beautiful, they are also tricky to grow since like so many Californian native plants, they need to be kept dry in summer. Thankfully, the smaller P. rupicola is much more amenable to culture in wet-summer regions. This last species is among the smallest, reaching just 5-10 cm and has lovely bluish-grey foliage and oversized flowers. Its diminutive size makes it ideal for alpine troughs. In the wild, they grow among the Cascades of northern California, north to central Washington. The cultivar ‘Albus’ is white while ‘Diamond Lake’ is clear pink.

If you are Penstemon-lover or a grower or alpine plants, then this group of ‘shrubby beardtongues’ is an indispensable addition to your alpine garden!